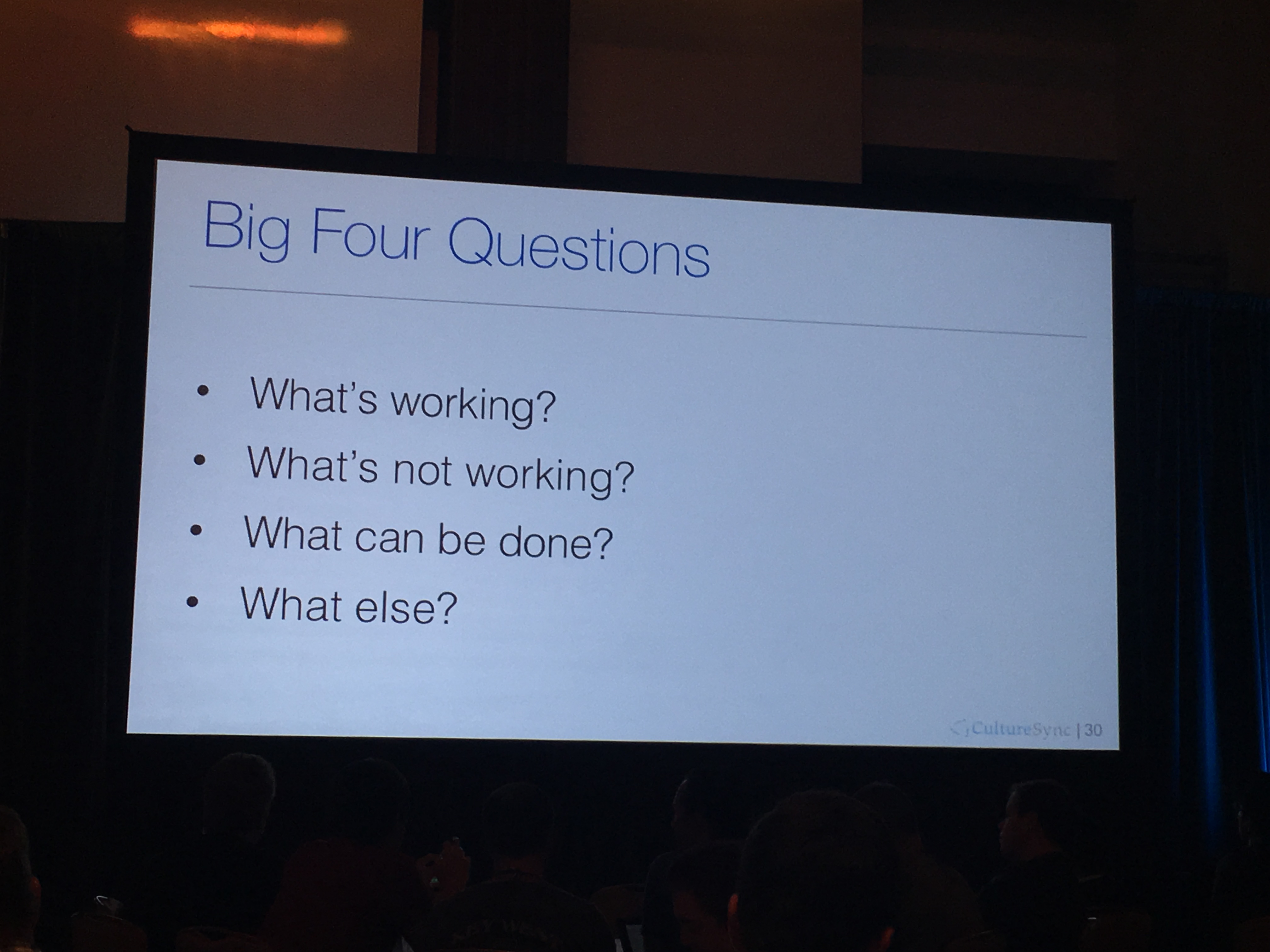 What a week! It was a slow start to the morning, and I enjoyed the Open Jam space session. The table I joined was on Communities, both internal and external, because we’ll I’m pretty active in external communities, I love hearing stories of how to inspire more internal self-organizing communities.

Then it was time for the final keynote, Leadership for Genius Tribes with Carrie Kish. She explains that based on her research, what separates successful teams from other teams was the culture, but what does that mean? The content is based on the book Tribal Leadership.

She talks about tribes as having 20 or more people because less than that you have the individual effect – think of a small group at a table, if another walks up, we say hello. In a large room, the individual just sits down.

The did research into the language that people used and the way that they interacted.

She shared the four Stages:

She shared that culture is less stable in small organizations, and people can only hear one stage above or below where they are.

The goal is to have Stage 4 teams that can do Stage 5 plays.

Then she gave us the Four Questions (note that the syntax for “What can be done” is deliberate and important.

If interested in going to Stage 5, she offered these methods:

Some points on how to move between Stages:

It was a great keynote to end the session, and after all the thank yous, applause and goodbyes to my new found friends and connections, I headed to the airport for my flight home.